We use cookies to ensure that we give you the best experience on our website. By continuing to use our site, you are confirming acceptance of these cookies. You can change your cookie settings at any time. 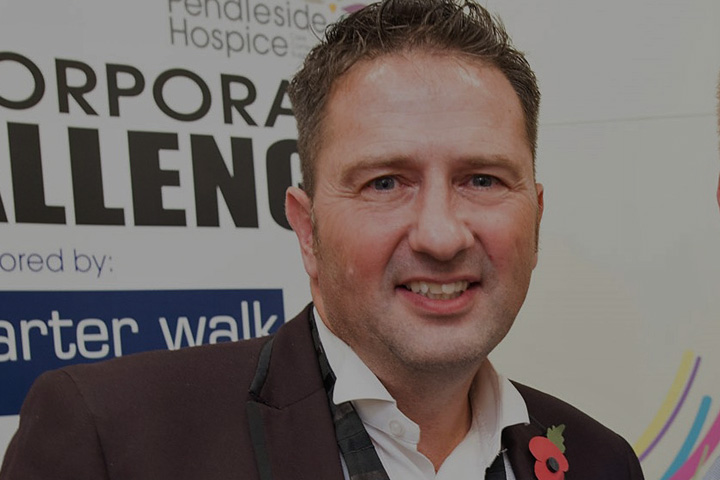 1989 was a pretty momentous year, the Berlin wall came down, there were pro- democracy rallies in Tiananmen Square, the first liver transplant took place and on 30thSeptember and a young fresh faced Ian Bythell started his career at Petty’s.

With Burnley football club languishing in the fourth division for the fifth consecutive year and Arsenal first division champions for the first time in 18 years (this was pre- Premiership!), Ian started as a trainee surveyor in Petty’s Commercial division in Burnley. Initially employed by Alex Forbes, father of current Commercial Director Brent Forbes, Ian said: “It was all a bit of a whirlwind to be honest. I’d just left home, bought a house, got married, went on honeymoon and started my new job all within the space of a month. At the end of my first day I went home to my mum and dad’s for tea forgetting I didn’t live there any more and had a wife to go home to!”

Ian was mentored at Petty’s by Phil Kelly, a well known and highly respected surveyor and partner at Petty’s.

“Phil taught me so much and it was invaluable to have him as a mentor and ultimately a friend. Petty’s have always seen the value in nurturing and supporting their young staff and it’s something I’m personally grateful for and something we continue with today.”

After qualifying as a surveyor and spending a few years in the Commercial department Ian moved into residential sales and became the branch manager at Petty’s Colne office, then oversaw the expansion and opening of the Barrowford branch.

“I realised fairly quickly that residential sales was much more my thing and I thrived on it. I’m quite a social person and I really enjoyed meeting the clients, getting to know them and what their needs and requirements were. I got a lot of satisfaction from helping them in what is often quite a stressful time. At Petty’s we understand that the buying and selling of a house isn’t just about bricks and mortar, we’re dealing with people’s homes and they have to feel and know they can trust whoever is doing that for them.”

Since Ian started his career at Petty we have seen vast changes to the way we all live and work. Ian’s first house was a terrace in Barrowford he and his wife bought for just £17,000, and his first car was an old Ford Fiesta. The same house today is worth around £120,000 and Ford Fiestas have long stopped being produced. The M65 stopped at Brierfield and Lomeshaye Industrial Estate was just a field. Changes within the property industry have been huge too.

“I remember we had to stick individual photographs above the text on all the house details and we didn’t really have things like a data base of clients and properties, just filing cabinets full of paper files. It’s a world away from what we do today.”

“The internet and especially social media have transformed our industry. It’s made things easier in some ways but has also presented challenges. Everyone is more savvy now when it comes to technology and they expert immediacy.

“We’ve embraced these changes at Petty and like to think we’ve kept abreast of the emerging technologies, whilst still maintaining our customer centred approach. Quite a few of the purely internet based agents, like Emoov and Purple Bricks, have either failed or are seeing a significant down turn and this is down largely to customers turning away from their model. They just can’t offer the expert local knowledge and service that a high street agent can. We offer that expert knowledge as well as being able to provide a vast online presence to all our customers. We use Facebook, Twitter, YouTube and Instagram and have an interactive website. So customers, both buyers and vendors have information at their fingertips and can immediately be kept up to date.”

Petty celebrated its 90th year last year and Ian has been around for a third of that time becoming a partner in the firm in his early 30’s – he’s been instrumental in our continued success ever since.

He’s absolutely embedded in our local community, playing a large part in local and amateur sports teams and events – from being part of Nelson Cricket Club’s League Championship winning team in 1986, and winning numerous local Badminton leagues. He’s still involved in local sport as a sponsor and supporter of the extremely successful Pendle Forest Ladies hockey team (Ian’s wife, sister in law, two daughters and niece all play for the club).

Ian is also highly committed to charity work for Pendleside Hospice. He was named Male fundraiser of the year at last year’s Corporate Challenge awards evening, after personally taking on a number of physical challenges including the Yorkshire three peaks, the Great North Run, Burnley 10k and a 12 hour cycle ride.

Wherever and whenever he can, Ian champions our wonderful area as a great place to live and work. He has often been the driving force in ensuring that we strive to be the best we can, which has led to us winning many regional and national awards over the years – it’s the reason why we’re the area’s only member of the Relocation Agent Network, with him now taking a place as an advisory member on their national committee. We feel we’re lucky to have had his continued service for the last 30 years, but ssshhh… don’t shout it too loud – we don’t want it to go to his head!